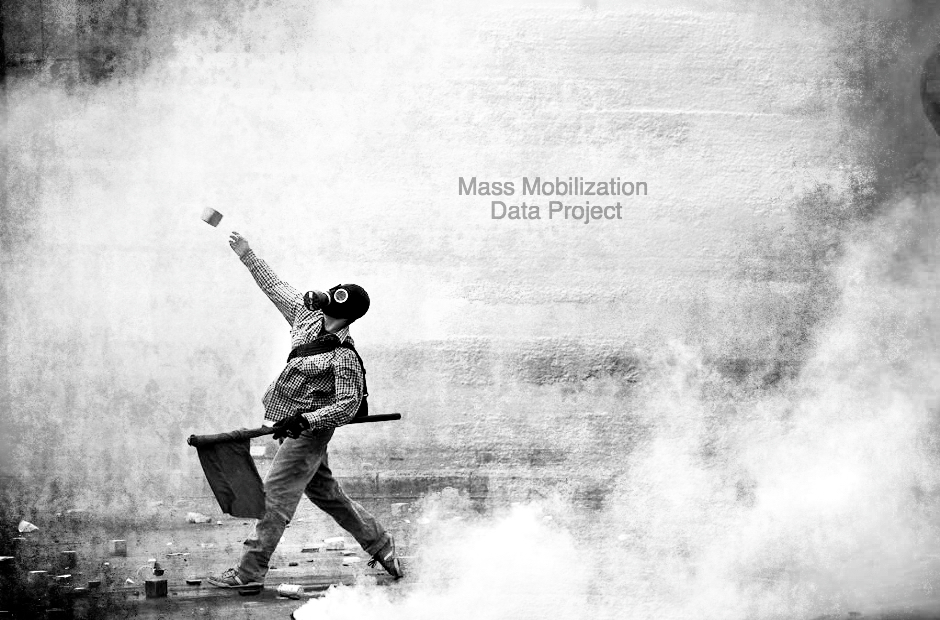 About the Mass Mobilization Project

For each event, the MM data itemize what protesters demand across as many as seven categories, including labor/wages, land, police brutality, political process, prices/taxes, removal of a politician, and social restrictions. The dataset also records up to seven types of government responses, including accommodation, arrests, beatings, crowd dispersal, ignore, killings, and shootings.

The Mass Mobilization project is sponsored by the Political Instability Task Force (PITF). The PITF is funded by the Central Intelligence Agency. The views expressed herein are the Principal Investigators' alone and do not represent the views of the US Government.